In this article I will show you why Setting is important in building a convincing novel. I will also show you that ignoring Setting, or even giving it only a passing consideration will lead to an unconvincing story.

Star Wars is one of the most memorable and most successful films of all time. George Lucas has built an empire on the back of what is, in essence, a classically structured story line. However, when George Lucas first wrote the script he was rejected by every major studio, all of them expressing the same concern, ‘No one would pay to see a film about a war in space.’ Yet, people did pay in their millions to see Star Wars. The reasons why are complex, but one of the aspects that Lucas knew was essential was that he had to make Star wars a believable place and to do this he developed a ‘setting’ that endured.

If you, as a writer, as to create long lasting and believable novels, you must also create ‘settings’ that will endure.

The Structure of the Setting

It would be very easy to skip over the importance of Setting and assume that it is a vague mixture of location and time. However, careful consideration of Setting will allow you to place your story within a clearly confined framework, giving you a skeleton on which you can develop and build your world and its characters.

The Setting of a story is split into four distinct elements:

Period is the story’s place in time.

Ask yourself, “Where in time does my story take place?”

However, you may need to be more precise, since the Period of your story will define certain elements of your world. For example, Lord Of The Rings takes place in a past based loosely on Anglo-Saxon Europe. This means that swords, lances and castles are fair game. However, helicopters, mobile phones and digital watches are out of the question. The same rules apply to the Da Vinci Code. Cars, planes and mobile phones are OK, but laser guns and high speed internet connections would be out of place.

Sometimes your Period can be slightly more complex. Take Star Wars as an example. The Period is technically the past (remember, ‘A long time ago, in a galaxy far, far away…’). However the story is set in the future. In this case the Period would be distant future allowing the use of unknown technologies, space travel and light sabre battles.

Another good example is the Harry Potter stories. Though the subject of the books is magic and wizards, the Period applies certain rules. For example, the reader is prepared to suspend their disbelief for an invisible train platform, but had Rowling moved out of period and had the world populated by time traveling aliens, than it would have jarred and the suspension of disbelief would have been lost. As long as the story stays within the parameters of the narrative (magic exists) and the Period (near past), all is fine.

Duration is the story’s length through time.

Ask yourself, “When does my story begin and end?”

You will find that the narrative of the story will dictate the answer to this question. The story may take in one day, one year or span over generations. However, it is important that you know the novel’s duration and how this impacts on the period. For example, if you are writing a generational family saga that spreads over hundreds of years, your Period is actually going to be a string of distinct periods of time, each with their own rules. You will find in this case that a firm grasp of Period is essential.

A good example of the skillful use of Duration is David Nicholl’s One Day. The blurb for the book says, ‘15th July 1988. Emma Morley and Dexter Mayhew meet for the first time on the night of their graduation. Tomorrow they must go their separate ways. So where will they be on this one day next year? And the year after that? And every year which follows?’ This sets up a situation where the writer is not only having to plot a tight narrative arc, but is also dealing with a Duration that spans a number of Periods. Whenever he skips in time he must not only maintain the narrative’s consistency, but must also ensure that each scene sits comfortably within the correct Period.

Location is the story’s place in space.

Ask yourself, “Where does my story take place?”

This is pretty straight forward. Location is the bricks of your story. Location will give you the description and feel for a story. Location is also what many people mean when they use the ambiguous phrase, ‘Sense of place.’ No matter what level of description you intend to use, Location remains important in giving you character a physical world to inhabit.

The only other aspect worth mentioning is that Location can be made up of many locations. Each scene and/or act may take place in one or many locations, it is the whole sum of all these smaller locations that defines the Location of your story.

Conflict is the position of your story in relation to the protagonist’s struggles.

Ask yourself, “What obstacles does my main character need to overcome?”

To fully understand the concept of conflict I suggest you read my previous article about Conflict in novels. However, in summary there are three levels of conflict:

This means that the main type of conflict within your novel will have an impact on the Setting. If you are writing a novel with a strong Inner Conflict, then much of the narrative will occur in the protagonist’s thoughts, rather than via outside events. If you are focussing on Personal Conflict, then your novel will be dialogue driven with physical place probably playing a lesser role. However, if you are writing an Extra-Personal Conflict book then events and their physical location is paramount.

An example would be a James Bond novel. This has a strong theme of Extra-Personal Conflict and therefore exotic and far-flung locations are integral to the book’s plot. If you look at the Gormenghast books, they are largely Personal Conflict and therefore the physical location is less important and more limited. Finally, The Naked Lunch by William S. Burroughs is largely Inner Conflict with the physical location being almost incidental.

Summary And Next Step

Considering the Setting of your novel in depth is an important step towards producing, not only a believable and enduring world, but also characters that act and behave in a manner that will engage the reader.

I suggest that if you do nothing else that you ask yourself the following four questions:

The answers to these questions will help you define and maintain a convincing Setting for your novel.

Need more actionable advice? Get your free weekly list of resources for writers, straight to your inbox every Friday: 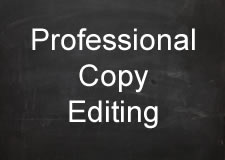